Home » Sleep » Can You Remember Sleepwalking After You Wake Up?

Can You Remember Sleepwalking After You Wake Up?

Do you know what somnambulism is? It is the scientific term used for sleepwalking. This phenomenon is quite common in children but not only limited to them. In some cases, adults are also susceptible to this condition. Are you looking for some explanation regarding sleepwalking? You have landed just the right place. Let’s learn the science behind this phenomenon. 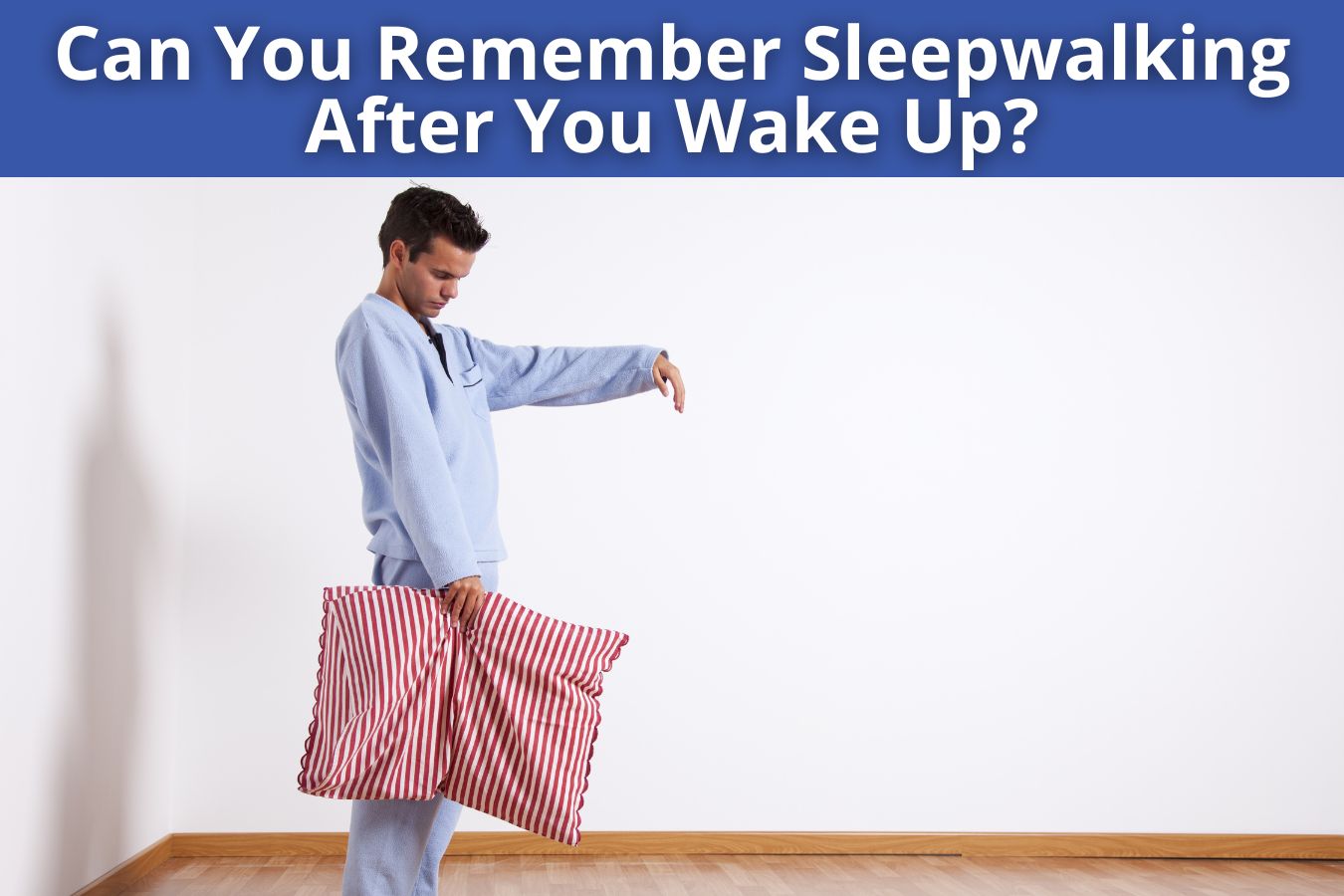 So, is it possible to remember what happened while you were sleepwalking? There is no straightforward answer to this question. Mostly, it depends upon the age of the affected person. Usually, adult sleepwalkers will most likely remember the details of their actions during sleepwalking. Contrarily, according to the studies, child sleepwalkers won’t be able to recall any of the occurrences.

As a sleep specialist, I receive numerous questions related to sleepwalking. Therefore, I decided to compile a whole post explaining this odd phenomenon in detail.

What Is Sleep Walking?

Okay, So, first of all, sleepwalking is something not to be embarrassed about. Many sleepwalkers, when awakened during the process, feel tremendous embarrassment. Sleepwalking is a natural phenomenon, and people of all ages may experience this.

So, what basically is sleepwalking? It is when you, during your sleep-wake and start roaming around. The intensity, conditions, and actions of sleepwalkers can differ a lot. In most cases, the sleepwalker stands up during their sleep and starts walking in the house. Usually, people take a round of their room, return to bed, and sleep again.

In other cases, some people affected by this condition have reported walking in the whole house. When the intensity is low, the sleepwalker will sit on their bed, look around for a few moments and go back to sleep.

You might have heard that sleepwalking is more common among children as compared to adults. Well, this is true. According to the studies, the age of most sleepwalkers lies between 6 years to 12 years. If you have a kid that is younger than 12 years and often sleepwalks, there are 90% chances that the condition will go away on its own once they reach puberty.

Why is this more common in children than adults? Researchers say that it is because children’s brains are not mature enough to differentiate between wakefulness and sleep.

Here are some common symptoms of sleepwalking in children:

Now to the main part, what triggers sleepwalking? There could be numerous explanations for the occurrence of this condition. Down below is the list of most common factors that cause sleepwalking:

Can You Remember What Happens When You Wake Up?

The answer to this question depends upon the age of the sleepwalker. A child sleepwalker may not remember anything about the whole scene. It is because their brain is not psychologically grown enough to remember the details.

On the other hand, most adult sleepers often remember what happened during their sleepwalking session. Some people have reported saying that they even know what they were feeling or thinking at that time.

It busts the myth that sleepwalking is automatic. Sleepwalkers have been seen to be presenting reasons behind their actions during the process. Therefore, it is safe to say that some kind of motive is involved during sleepwalking.

How to Make Sure if a Person is Sleepwalking or Not?

Can Drugs Lead To Sleepwalking?

Yes, taking medicines like antihistamines(anti-allergic), sedative-hypnotics(relaxing drugs), and neuroleptics along with stimulants can trigger sleepwalking in both children and adults.

How To Treat Sleepwalking?

Fortunately, if the case doesn’t involve self-damage or destruction of the property, medical assistance isn’t required. Simply find out the cause behind your sleepwalking session and work on resolving it. Once you get rid of causes like sleep deprivation, stress, and interruption of sleep, sleepwalking will be gone for good.

We also discussed different sleepwalking symptoms and the causes behind the phenomenon.

A Little About Me
Hi, im George
I am a sleep expert and sleep coach. I help people get the sleep they deserve and need.
share